Loved this gig… I believe it was an Easter Dinner. There were wives, girlfriends, kids there…. but wow… I LEARNED!

When I first got into the Matsqui Penn to play this gig, I was escorted to the stage. In those days with Trama I preferred to set up my own gear instead of using some of our help. (So be fair, after awhile Kenny Cheatwood started helping me out. He has gone on to be Cris Isaac’s right hand guy, so I was in good hands…lucky guy)

During set up I had my back to ‘audience’ side of the stage while I laid my cabling etc. I heard a voice calling out, ‘MIKE!!! – HEY MIKE!!!’. Now I worked with Mike Sicoly and Mike Frelone so I assumed the call was for them. I hadn’t been called ‘Mike’ since I left Sault Ste. Marie in 1976. As far as I knew the WHOLE WORLD knew me as MICK…. especially in the Vancouver area.

Because no one seemed to be answering this guy, I turned around and it was indeed someone I knew! BUCK!!! BUCK…from Landslide Road …where I had started my first band in The Soo!!! Buck’s brother was Brian who was ‘technically’ the first bass player I ever had played with in a band. (Is it called a ‘bass’ when it’s just a regular guitar out of tune with most of the strings missing?)

I asked Buck what he was doing in there. He answered, ‘Well me and my girlfriend robbed a bank a few years ago… but she ratted me out. It’s okay, I know where she is and when I get out I’m gonna get her!!!’

Then in the next breath he said, ‘Hey!! I’m actually getting out in a few weeks! What’s your address? Maybe we can get together!’
Needless to say, I changed the subject and ‘had something else to do’.

Maybe some of you may think badly of me… but I had two young children at home. No matter what my background was with Buck, there was no way in hell I was going to allow him into my home. He had obviously become an ‘unremorseful’ criminal….

After soundcheck we went back into what would be our ‘greenroom’. In there was a box of t-shirts and sweatshirts. Pretty cool swag actually… A few minutes later, the ‘promoter walked in. He talked with us about a few things (including what kind of drugs would we like…????) –

This was a PRISON… and not medium security either – and yet he’s saying we could get drugs?? Yes he said… whatever you want we have it here. Needless to say, we were a little freaked out about the way this was all playing out.

So I said, you’re the promoter AND you’re in jail?

He replied to the affirmative.

Then pointing at the box, I said, wow… pretty cool swag! (And indeed it was… the emblem ‘Trama… Live At The Chain and Ballroom’ looked pretty cool. I remember Kathleen our light tech was particularly enamoured with a sweatshirt.
As we said ‘thank you,’ and went to grab whatever we could, he said ‘WHOA!!!!’

We had these made up for you, but we need something in return… money…whatever you can afford or you trade us shirt for shirt.

I remember Kathleen traded her shirt for the sweatshirt she loved… and on and on… I think I paid $10.00 for mine… and $5.00 for another….

We knew nothing about contraband…..

We found out a few days later that our friend Sandy Flett (who ran a concert T-Shirt company), had sent those ahead as a gift without telling us as a surprise for us! They were our shirts to start with!!!!

Yup… BUDDY was in there for a reason…

Look at a few more videos for other stories…. 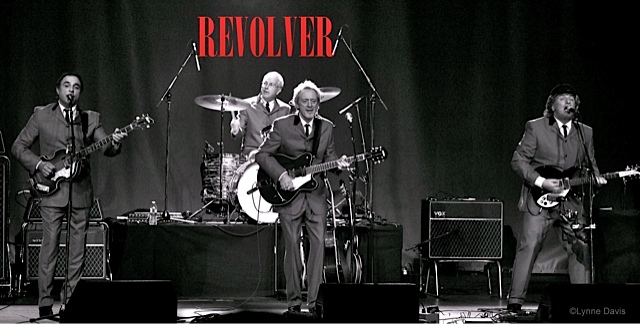