This was a landmark gig for Michael Sicoly and I. It’s actually the only time I’ve played The Soo in my professional career to this day. It came at the end of a cross-Canada tour we had done that spring/summer. This was the tour where Robin Zander and Rick Neilson of Cheap Trick dubbed us ‘The World’s Best Beatles Show’. They had seen them all, they said, and we sounded more like the real deal than anyone. Plus they loved the idea that we didn’t try to ‘look’ like the Beatles… although. at times’ I would put my hair up to make it look a bit shorter (as at least one picture shows).

That summer also marked another event in my life. The last time I was with my father.
I played there in July as posted here, and then came back for a family re-union in August of the same summer. We all knew why we were there. Dad’s health was failing fast and we all made our way to The Soo to be together for a last time. My brother Jim had purchased our family home on Greenfield Drive from my father so we were able to celebrate in the neighbourhood that I grew up in… and we actually played a great family baseball game in ‘Greenfield Park’. When I saw my dad being brought back to the ‘Handy Dart’ bus via his wheelchair, the look on his face killed me. I sobbed uncontrollably and had to run down the street so he wouldn’t see me. He knew this was the last time… and the thought of his realization of that was more than I could bear.
When I had visited him earlier that week, he showed me these press clippings he had saved out of The Sault Star. He had them proudly displayed on his bedroom wall where he spent most of his time in his later years. 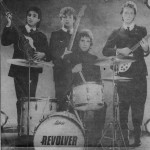 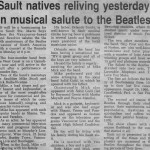 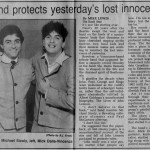 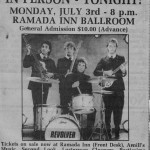