In 2014, we embarked (with Randy Bachman) on another quest. Randy had decided that to perform his wonderful music catalogue with the band and a symphony orchestra. The incredible Charles Cozens http://charlescozens.com was enlisted to score the charts. In October of 2014 we had a two day run through of these very different arrangements of Randy’s songs in a studio in Toronto. From there we headed to London Ontario to do two shows with The London Symphony and then on to Kitchener to play one single show with their symphony.
It was mandated that the arrangements in some of the songs were fabulous – others not so much. In the excitement of changing the arrangements of these classic songs, it seems that some of them had lost their charm… and in my humble opinion, their entire identity. Chord changes and melodies were re-written on songs that had become part of the public consciousness and it wasn’t going over.
Charles was sent back to the drafting board to re-chart the songs in question to more match the original versions with maybe perhaps a ‘departure’ within the arrangement to ‘take the song elsewhere’ for a little bit to add a new element. A much better approach than completely changing the songs.

We regrouped in Winnipeg in December to do three shows with these new and improved arrangements and they were a hit. Sadly, I was suffering from a flu so my voice was faltering. Being that I have to sing the sometimes very difficult Burton Cummings vocals on The Guess Who songs of Randy’s catalogue, it was troublesome. I was able to make it through with a ton of ‘Fisherman’s Friends’ and a gallon or so of tea.

Finally we were slated to play Vancouver at the beautiful Orpheum Theatre with The Vancouver Symphony. Once again, we had a rehearsal with just Randy, Charles, Brent, Marc and I in a rehearsal studio in North Vancouver on May 19th. On the day of the show, we rehearsed all day at the theatre with the VSO, took a supper break and it was showtime.
In my estimations, it was the best of the symphony shows we had ever done. Everyone seemed to be on top of their game including the VSO.

Here’s some pics and a video courtesy of ‘Jacks Camera’, Bill McDonald and others 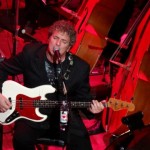 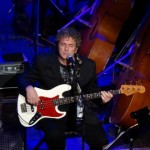 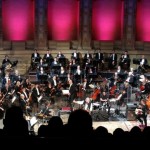 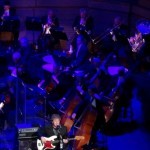 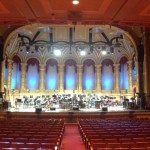