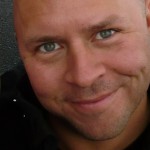 I made acquaintance with Derek Sivers back in 1995 when, at the time, he was gaining reputation as an independent music distributor. I looked him up for help on getting my 1994 Christmas album ‘out there’ and because of his help, it continues to sell to this day. He came to run one of the best and most efficient independent recording distribution companies I have ever heard of called ‘CD Baby’.

Derek built the company almost singlehandedly very early on once he was turned down by all the ‘majors’ with his own musical releases. He’s a tenacious guy, and after having successfully placing his own music in stores independently, other musicians started coming to him for help placing their music as well. CD Baby was born.

A few years back Derek retired from his own company, selling it in a ‘charitable’ capacity.

I subscribe to a news letter he posts via email periodically and today’s really hit home with me.
I have two things in my life that have remained a constant. I love to ride bicycle (which started with borrowing my brother Ken’s 10 speed as a young teenager and pedalling all over The Soo literally day and night) and music.
Everything else (it would seem) is subject to change… Especially in the category of ‘opinion’.

My personal beliefs and way of life have changed radically over the years. Some circumstantial, some purely by design and influence.

I am absolutely gobsmacked at the criteria politicians have to meet in order to be elected. Their opinions, beliefs and lifestyle have to have remained consistent from young adulthood (and sometimes as far back as high school!!!) for people to ‘trust’ their leadership qualities?

Here’s my humble opinion. Because of these ‘etched in stone’ impossible principles and standards, we (in the west especially) can’t elect our finest people to office. People about to run for office immediately have to start ‘spinning’ their past beliefs to reflect their present beliefs which starts their political stance on essentially ‘a lie’. They now are elected but have no ‘credibility’. I could presently have ideas that would save the world, but because of an opinion, a club I belonged to when I was 14 years old or a joint I smoked in high school, I am deemed ‘unfit’ for leadership? Sad… and most people wouldn’t subject themselves to that… so we are left to elect the only poor schmucks who for some reason have decided to become ‘public servants’… not for the best ideas… but because they can ‘spin’ the best.

Enough of that… (knowing me. I’ll change my mind about what I just wrote by the time I hit the ‘publish’ button). Yes – I’ll never run for public office…. probably….not….. maybe……

A blurb on Derek (courtesy of http://sivers.org/):

* Originally a professional musician and circus clown, Derek Sivers created CD Baby in 1998.
* It became the largest seller of independent music online, with $100M in sales for 150,000 musicians.
* In 2008, Derek sold CD Baby for $22M, giving the proceeds to a charitable trust for music education.
* He is a frequent speaker at the TED Conference, with over 5 million views of his talks.
* In 2011, he moved to Singapore and published a book which shot to #1 on all of its Amazon categories.
* His new company is Wood Egg, publishing annual guides to 16 countries in Asia.

Here’s Derek’s link today:
Quote: Opinions are likely to change at any time, but are much harder to change if you’ve carved out your self-identity, declaring “This is what I love! That is what I hate!”

Though I’m happy to say this is what I hate or love today.